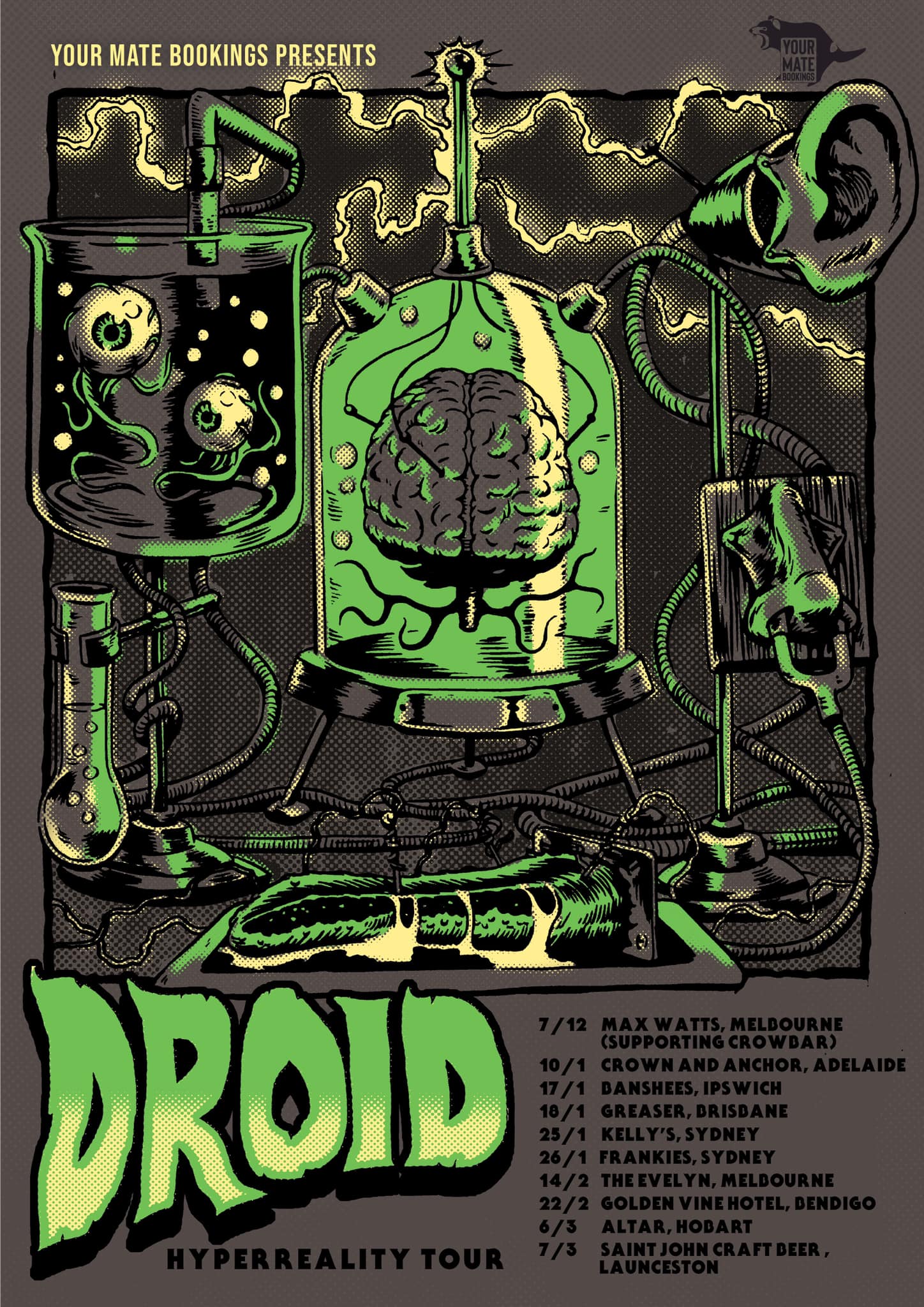 Embarking on their first ever tour of Australia, Melbourne’s Heavy Doom purveyors DROID will trek to 5 states to give a glimpse of the live show that until now, only Melbourne has been privy to.

Having just released their debut album ‘Hyperreality’, DROID have been receiving international praise for their unique take on the genre, clocking up 12,000 plays on Youtube in the first 3 days of release.

Forming in 2017, DROID have worked hard over the past 2 years to earn support slots for BEASTWARS, BONGZILLA and most recently, Sludge Pioneers, CROWBAR.

“Bloody heck, Australia produces some damn fine Doom bands, and DROID is no exception. They’re as Monstrous as Monolord and harness the super stoner swing of Sleep. DROID are a kick ass live band and Hyperreality is an equally kick ass debut album” – Nato, BEASTWARS

“It’s a trip!! Killer riffs, tone for days – but it’s the quality of the songs that really stands out.“ – SLOMATICS

“DROID is a band who will drag the listener to hell and then force them to dwell upon the journey. This is more than just another doom band.” – Matt Bacon, Ripple Music