GET IN THE VAN – SABIRE 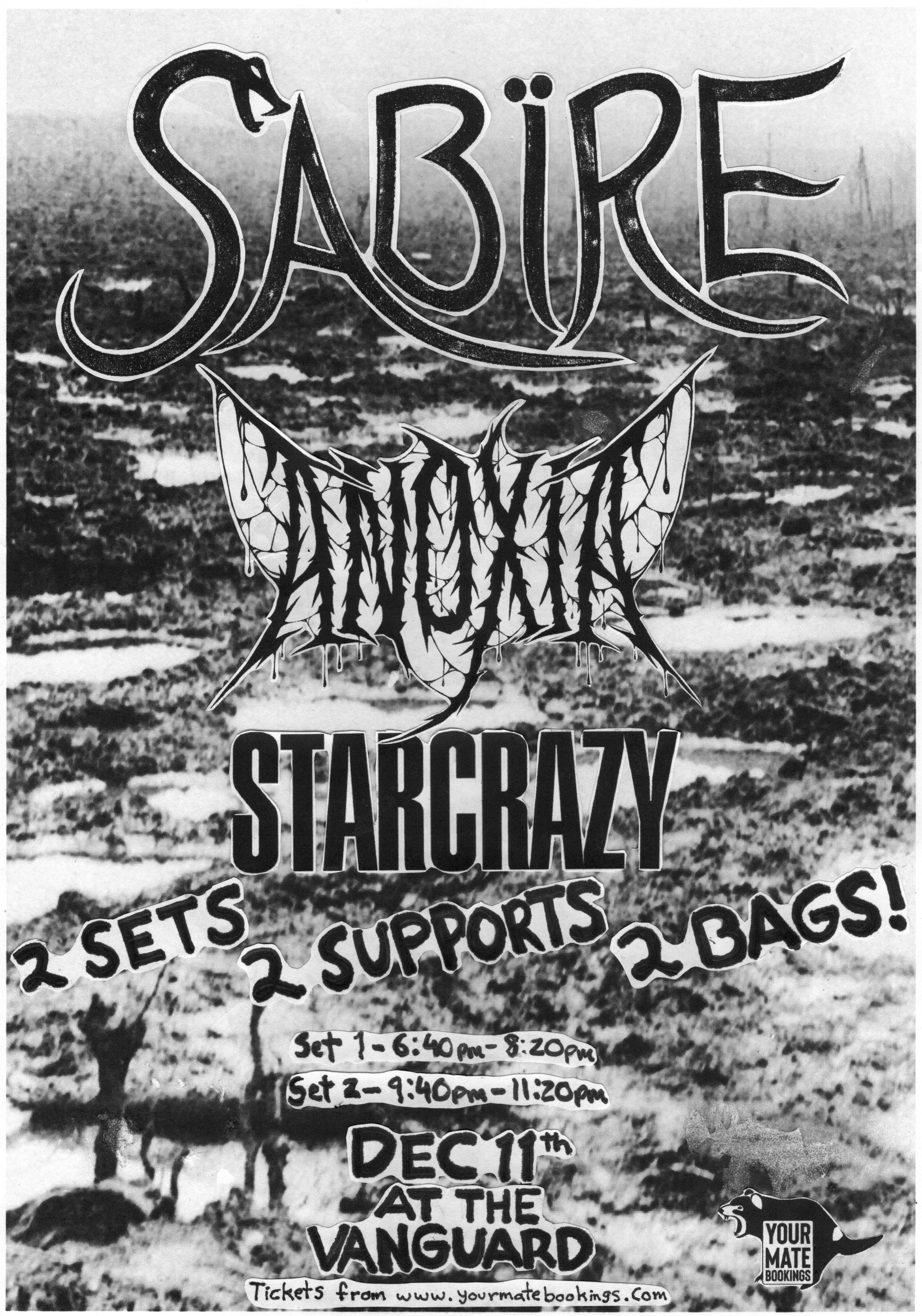 Book Tickets
YOUR MATE Bookings in conjunction with The Vanguard presents Sydney’s Acid Metal Warriors “SABÏRE” as part of Get in the Van – A Revival of Live Music on Friday December 11th 2020.

Sabïre bring a ruthless take-no-prisoners attitude to the stage in true form of 80s metal out to offend any “straight-180”.

What could be perceived as an overnight success in fact could not be further from the truth. Sabïre began in the waning months of 2010 as a secret project in Winnipeg, Canada by Scarlett Monastyrski.

It was not until December 20th of 2018 that Sabïre would finally put their music out into the world with the acidic powerhouse mini album, “Gates Ajar.” A self-released product, the mini album received immediate and widespread appreciation.
Within a mere one-and-a-half weeks of its release, the band were invited to play Keep it True Festival in Germany. The band accepted, and a four date mini-tour through 3 countries was planned. On April 26th 2019, Sabïre played their third show in front of the 3000 strong audience of Keep it True. A milestone for the band, and a landmark in heavy metal history.
Since that time, Sabïre signed a deal with Listenable Records, returned to Europe to their ravenous Wild Ones and Acid Fiends, and released the standalone single. “Mistress Mistress.” The band continues to work on producing products that stand out from the rest.
We welcome this ruthless attack of Heavy Metal to the The Vanguard with support from Local supports Anoxia (Death Metal) and Starcrazy (Glam Rock).