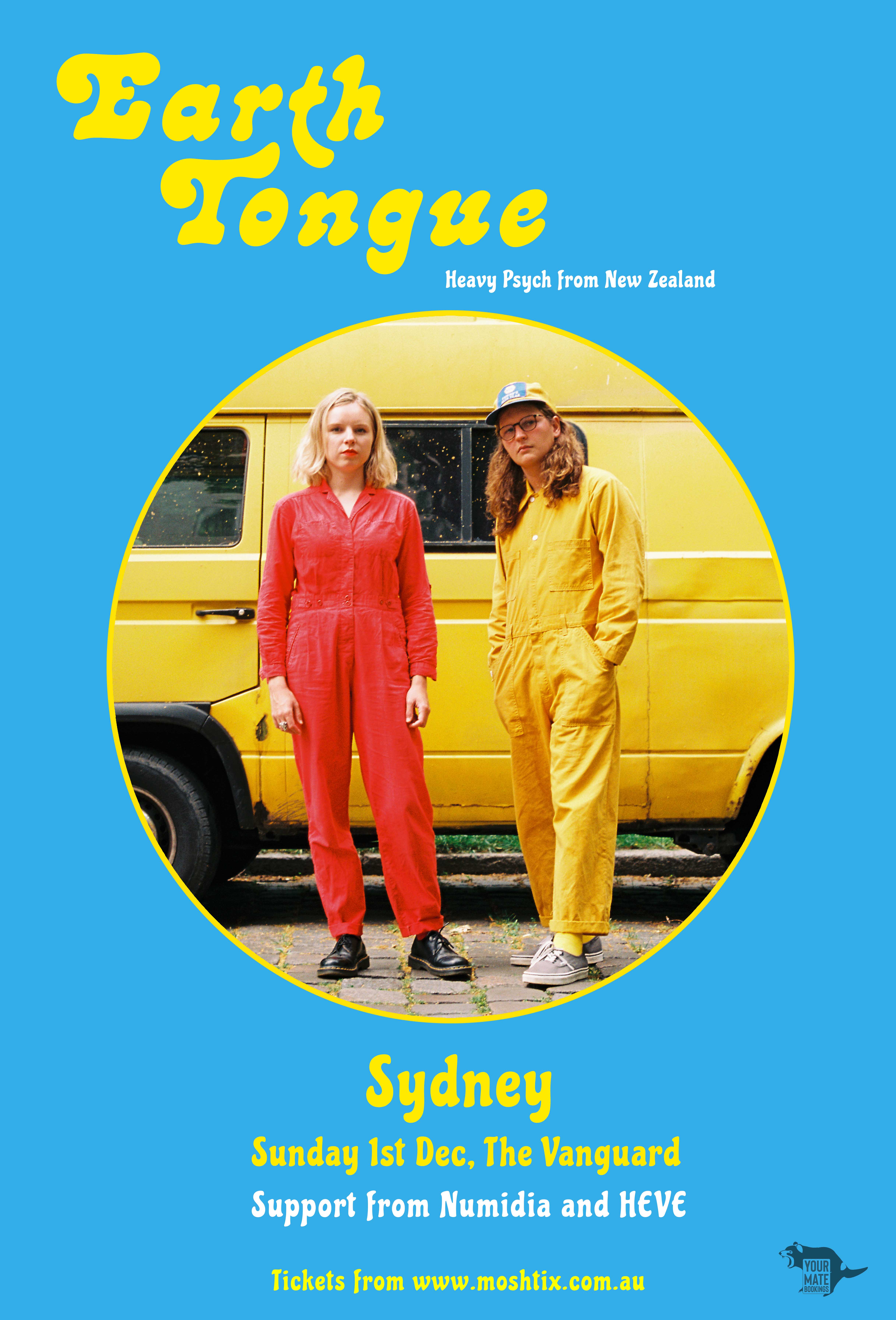 Book Tickets
New Zealand psychedelic fuzz duo Earth Tongue are excited to announce their highly anticipated return to Australia. This November the duo will play three key dates in Adelaide, Melbourne and Sydney to celebrate the release of their debut album.
Their live set has been praised by international reviewers, describing their songs as explosive and thrilling. Expect thick walls of fuzz-laden riffs interweaving with lush, reverb-washed vocals and punishing drums.

Released via Bristol-based label Stolen Body Records in June this year, ‘Floating Being’ has been received with international acclaim, with the first two vinyl pressings selling out in days. The band have recently returned from a successful European
tour, appearing at festivals from the UK to Poland alongside bands such as Monolord and Radio Moscow.

Earth Tongue will play at Wundenburg’s Recording Studio in Adelaide, Sunburn Festival in Melbourne and The Vanguard in Sydney. Get ready for a high energy performance with expertly crafted fuzzy pop songs and disorienting wall-of-sound riffs. They’ve just been announced on Desertfest Berlin’s 2020 line-up, so be sure to catch them now before they’re selling out bigger venues!

FLOATING BEING, OUT NOW ON STOLEN BODY RECORDS WORLDWIDE