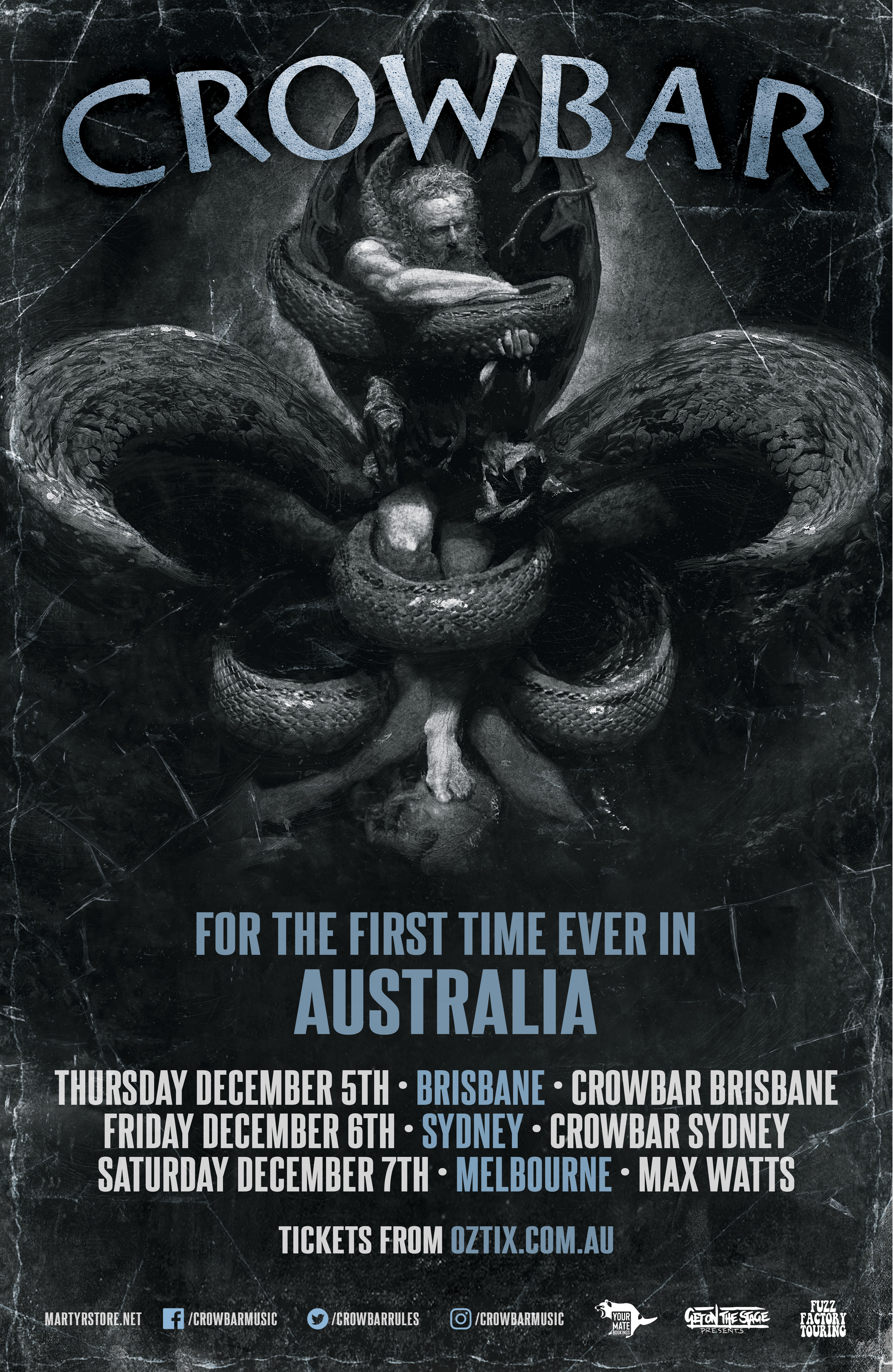 Your Mate Bookings in conjunction with Get on the Stage and Fuzz Factory Touring proudly present the Pioneers of Sludge Metal, all the way from New Orleans, Louisiana, USA…. Crowbar.

With a career spanning close to 30 years of astonishing sorrow and heavy riffage, Crowbar will finally make their debut in Australia this coming December 2019.

Releasing 11 studio albums, coupled with singles and music videos on various labels across the globe, Crowbar are inarguably considered in the heavy metal world as the undisputed heavyweight kings of Sludge.

Current members of Crowbar include the Beard of Doom himself “Kirk Windstein” (Ex-DOWN feat Phil Anselmo) on guitar and vocals, Matt Brunson (Ex-Kingdom of Sorrow) on guitar, Tommy Buckley on drums and Shane Wesley on bass.

With only three shows in Brisbane, Sydney and Melbourne at their respective venues this tour is sure to sell out and stand as one of the most monolithic doses of sludge Australia has ever witnessed.