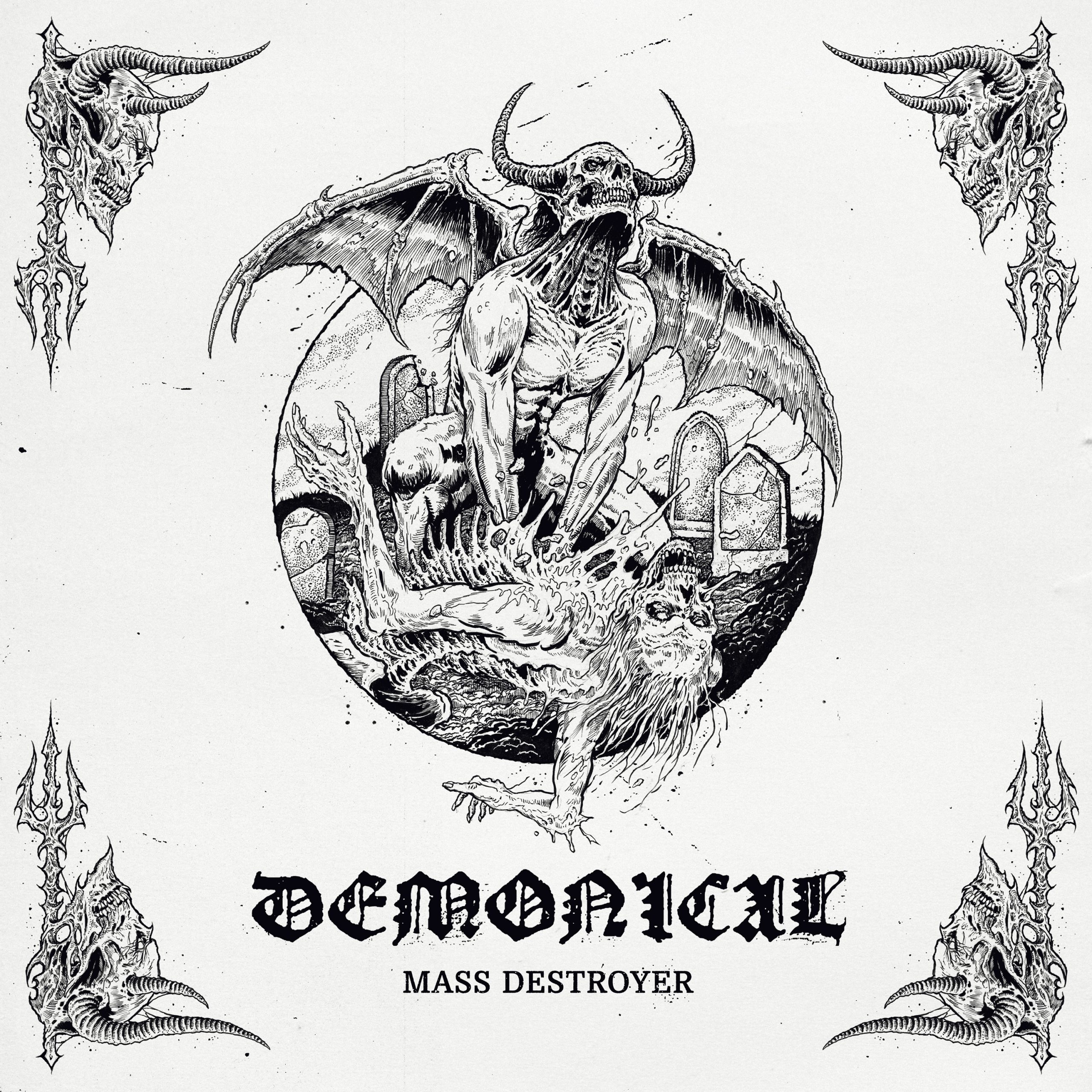 Like a bull at the gate “We Conquer The Throne” commences and as the chainsaw guitars blast the listener into a battlefield of blood and glory, the lead break opens up the song for the brutal roars of Christopher Saterdal.

The album is an onslaught of death and thrash riffs (Fantastic Rhythm work by Johan). The solid use of black metal tremolo picking and sporadic rocking solo work (Eki) along with the climatic reaches of thundering break downs; open up many avenues for the killer lead breaks that find their way in to complete most tracks on this rocking Death Metal classic.

Fallen Mountain is possessed by an array of grim and grooving melodies. The progression in each verse makes its way to the bridge before the double kick drums coupled with the ancient folk melody allows a chant by Christopher once again (Their signature triumphant chorus works amazing in this track). Understandably so, this slow-paced Symphony in Death is a tribute to the Entombed legend L G Petrov “The Fallen Mountain”.

Thumping consistent kick drums (Thanks to Ronnie Bergerstal) keep their pace and the organic feel of the kit are of utmost importance in an underground metal sense.

And without sounding like they’ve put the kit through a dishwasher, the levels the guitars and vocals sit at, could not have been more perfect allowing all elements of the tracks to shine on their own at every relevant moment.

Martin Schulman (Band Leader) slams out Power Chords on his bass, and as the darkness of the slow bridge melody, and the gang roars that make their way to the surface. The careful composition placement allows these warriors of metal to climb out of the mud to bear a flag of glory and honour, waving and chanting metal war crys – Imagine an outdoor euro style metal festival where its pissing down with rain and the true metal maniacs are covered in mud and beer as they mosh in an uncontained pit of rain water, sludge, piss, beer, sweat and blood.

This is old school Swedish death metal at its purest. The production is clear, real and officially Swedish.

Karl Daniel Liden is responsible for the Mixing and Mastering of this classic album that will find its way on many top 10 lists for 2022 – I can guarantee you that.

This is their best album to date and It has everything.