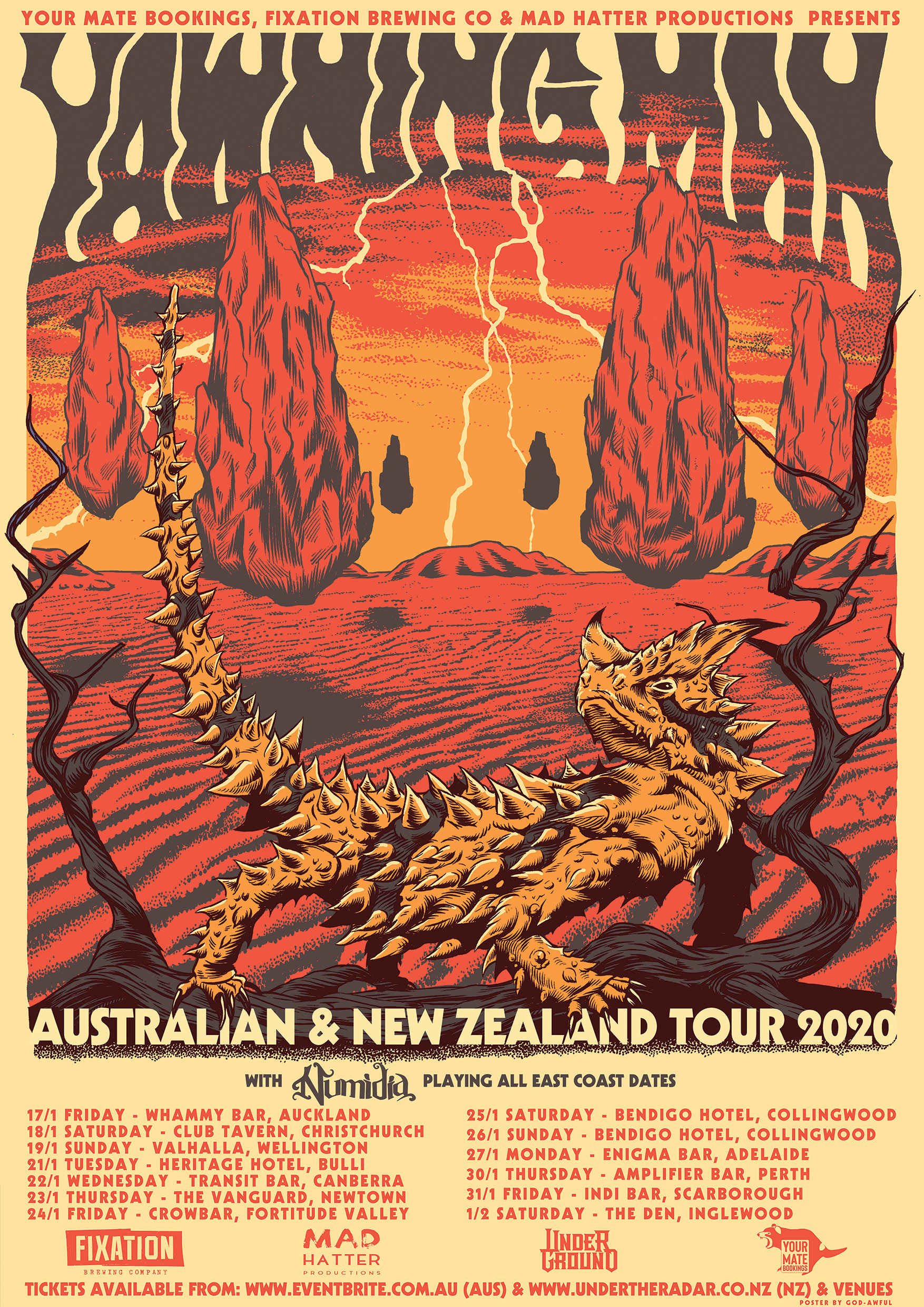 Yawning Man (Official) will finally make a soaring flight to our shores for a long-awaited tour of Australia and New Zealand in January 2020.