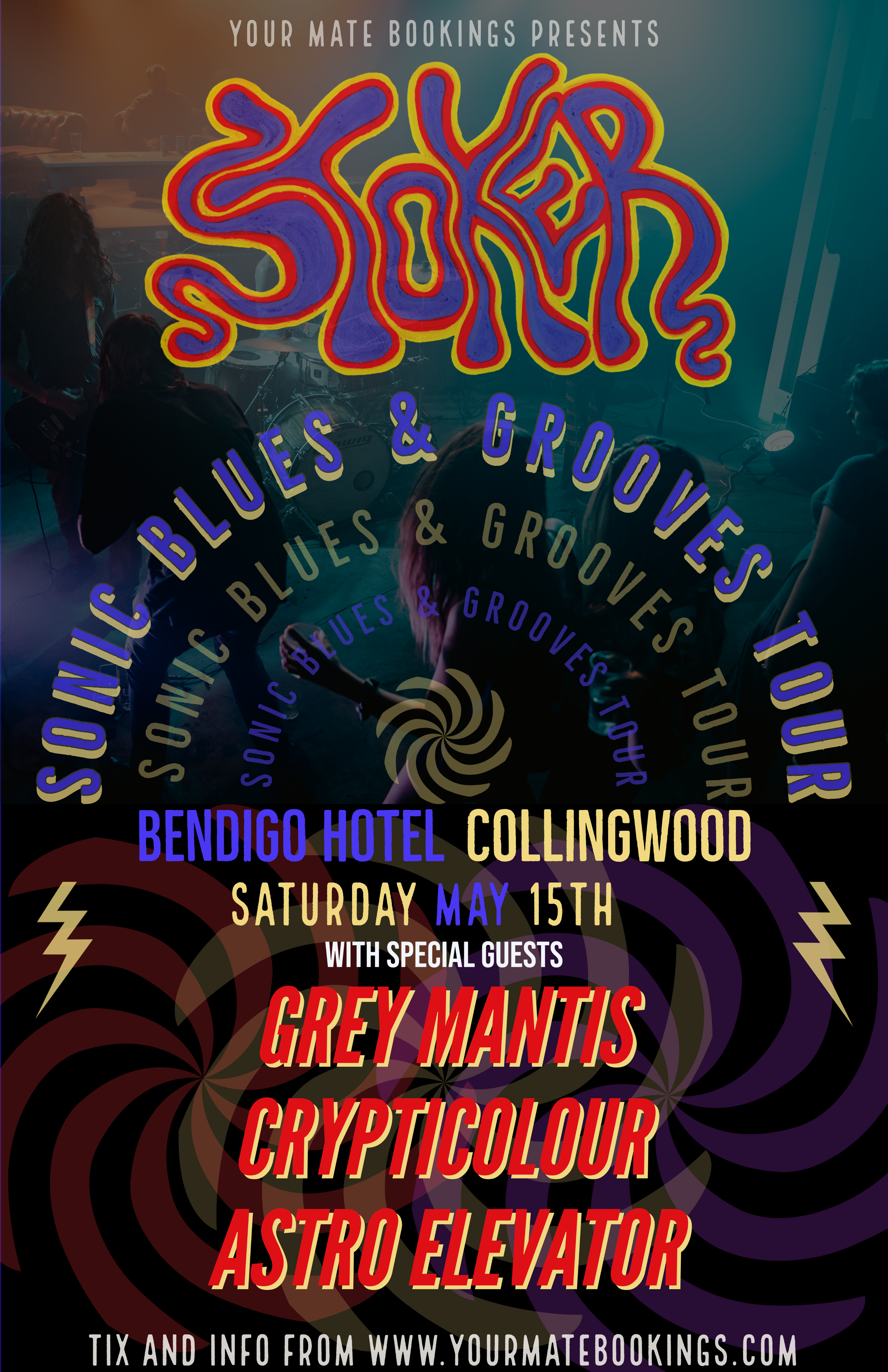 Psychedelic Blues Rock trio “STOKER” from Brisbane are back on the road again for the first time since 2019 and they’ll be hitting Bendigo Hotel w/ Grey Mantis, Crypticolour & Astro Elevator on Saturday May 15th!
The trio will release Side A of their debut album “Sonic Blues and Grooves” in tandum with the dates they’ll be performing on, as listed below.
Forming in 2017, STOKER approached the live music scene with a fierce edge, playing every gig, stage and venue they could up and down the coast of QLD, quickly gaining traction with their reputation for powerful performances with explosive rhythms and incredible guitar solo mastery.
This will be the longest tour “STOKER” have ever played and is just beginning of a storm the trio is brewing with their infinite energy of live performance with pure rock conviction.
For Fans of Progressive Blues, Soul and 70’s rock & roll including Hendrix, Zeppelin and Neil Young.
TESTIMONIALS
“Stoker performed the best Bluesfest set not played at Bluesfest.” – Marc Stapleburg (Northern Star)
“Stoker are the best band i’ve seen in a long long time…. Thunderous!” – Mario Fraietta (Howl and Moan Records)
Book Tickets
+ Google Calendar+ iCal Export