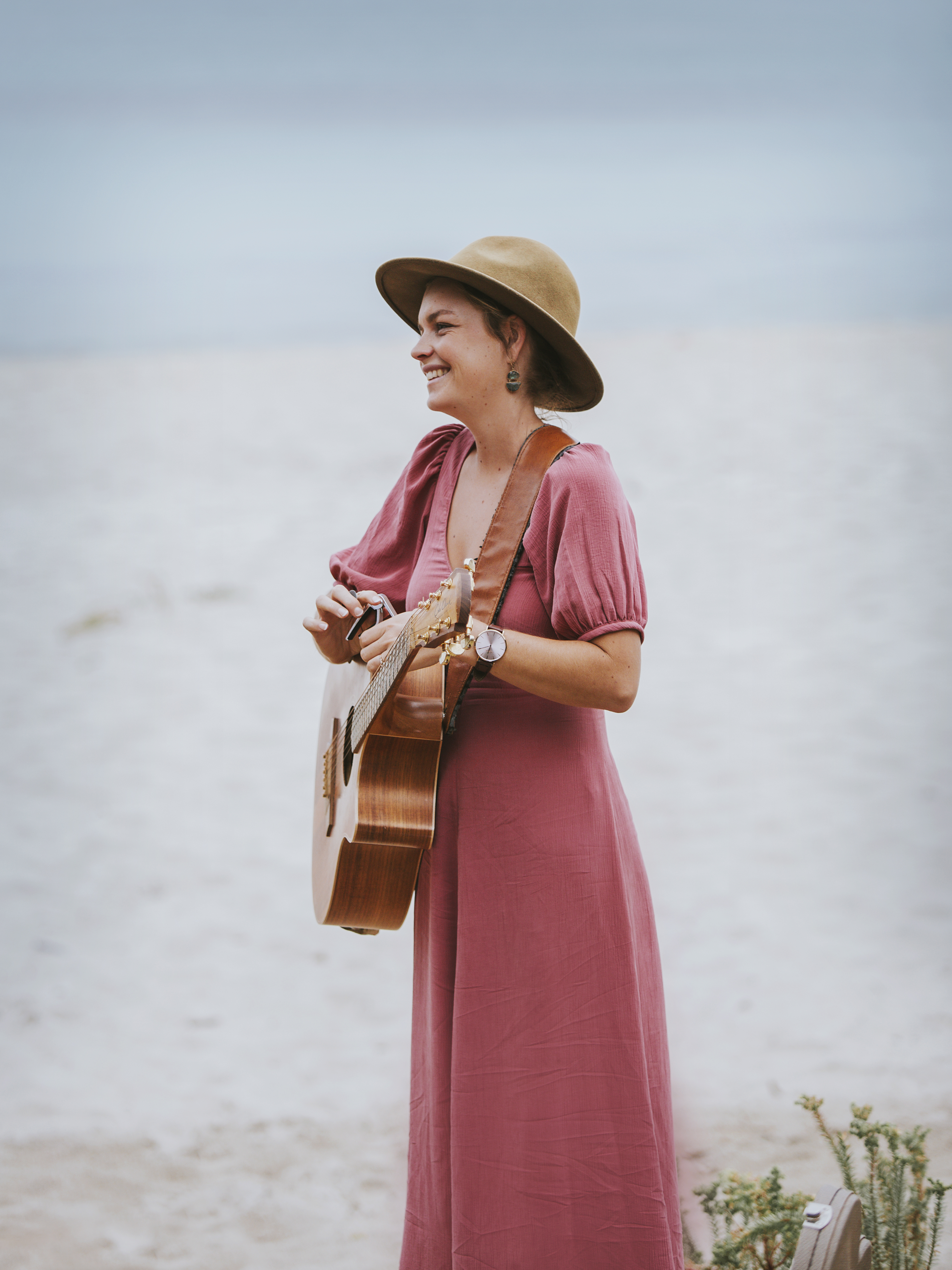 Your Mate Bookings in conjunction with Olive Wood Vegan and Dilectio Gourmet presents the Australian East coast tour of Katie White in June 2021.

Katie is set to visit the East Coast of Australia and will leave a note of compassion in the souls of Sunshine Coast, Brisbane, Byron, Sydney, Lithgow, Katoomba, Melbourne and Adelaide.

Growing up in the small town of Denmark, Western Australia; Katie hit the stage at the early age of 14, playing to thousands of people when she supported The Waifs in 2008.

Fast forward 13 years, Katie has since taken her music as far as London, UK and toured all over Australia playing hundreds of gigs and touching the hearts of many since.
Katie has received 5 WAMI nominations (WA song of the year awards) and won in 2016 with her song “River”.

Recently Katie took her music in a different direction with the release of four “Songs for the Animals” along with two accompanying film clips. Both were shared on Instagram by many powerful influencers including World of Vegan, Million Dollar Vegan, Peta UK and Peta AU, and many more. Collectively this far reach gave her songs well over over 100, 000 viewers and many more listens across platforms.
The comments and emotions have been at an all-time high since reaching thousands of hearts globally, giving us a rhyme and reason to delivery these powerful songs to the Australian community in person via a dedicated tour.

Katie’s voice is her own, rich, soulful, warm, and unforgettable. Combining this with the incredibly touching insight of seeing the world through animal’s eyes produces something deeply moving. It gives animals a voice in a way that has never been done before and is one of the most gentle, yet powerful forms of activism, in this essential movement of compassion.

Releasing 4 records since her beginning, the reviews have been counted with critical acclaim.

In recent times, Katie has worked with Joel Quartermain of Eskimo Joe in Melbourne to record and produce 2 stunning singles, and in May 2019 opening a sold-out show for “The Waifs” for the second time.

Katie’s honest style of writing is refreshing and powerful and her authentic and confident stage presence takes you by the hand and holds you there.

Katie’s music will stay with you long after the show is finished.