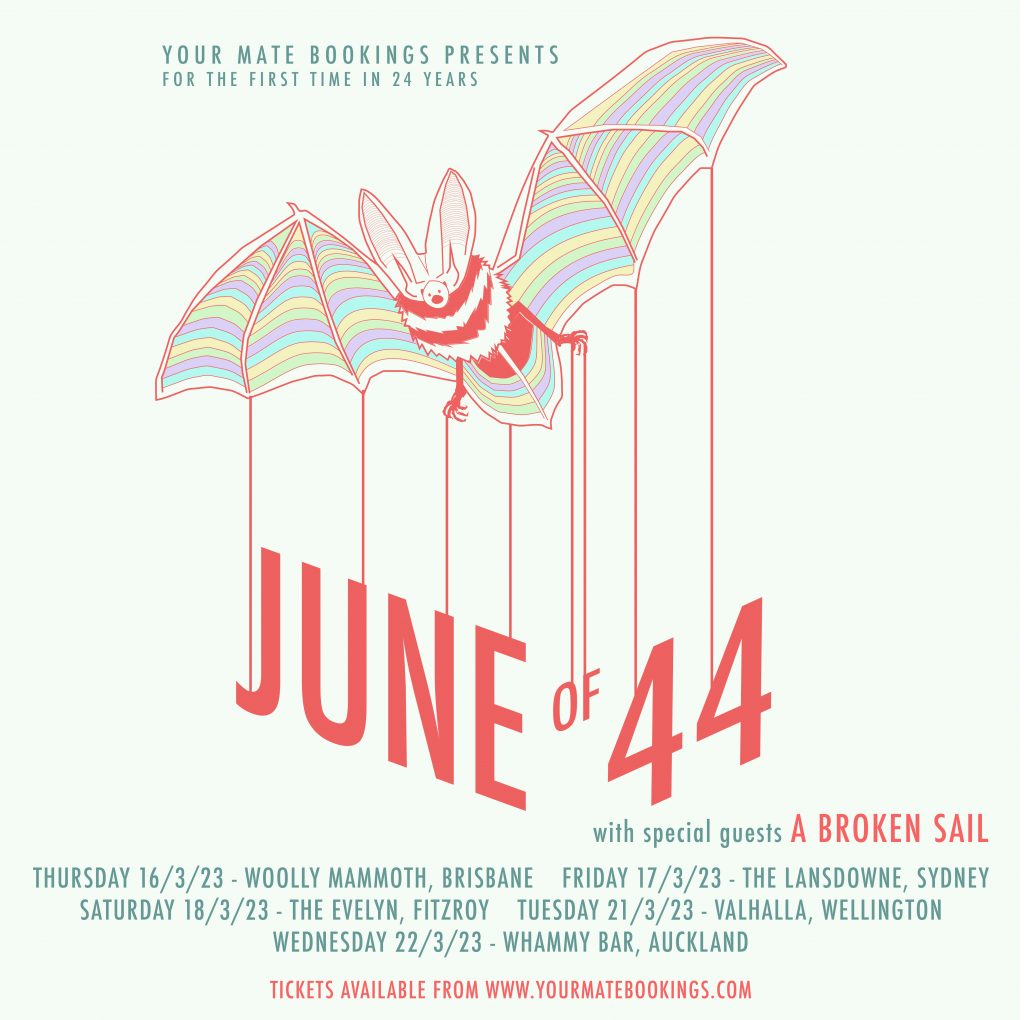 For the first time in 24 years, 90’s Post-Rock collective JUNE OF 44 will grace the shores of Australia and New Zealand in March 2023.

Joining them on this stretch of long-awaited epic performances is Sydney’s Bleak Rock group ‘A Broken Sail’.

Originating in 1994 in Brooklyn, NYC, June of 44 recorded and travelled tirelessly for the first 5 years of their collaboration, then stopped for a long 18-year hiatus, and then started again in 2018 with their appearance at the Uzeda 30th anniversary celebration in Catania, Sicily.

Outside of North America, June of 44 has had the privilege of performing all over the planet in such places as Taiwan, Guatemala, Europe, and Australia.

This March 2023 tour will bring them back to Australia for their 2nd time, plus a first visit to both Japan and New Zealand, see the dates below: