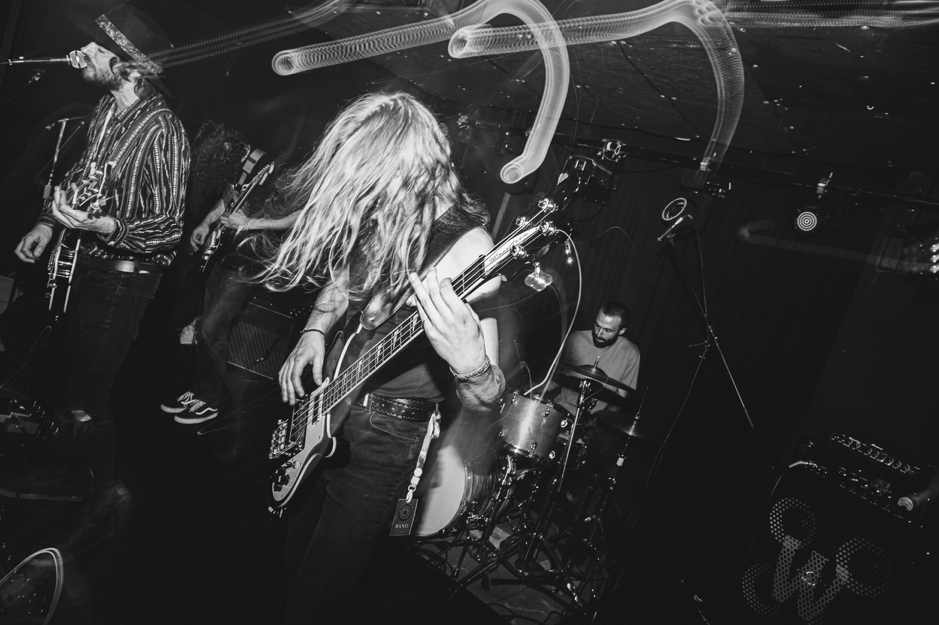 Jack Harlon are once again “Outta The Bedroom” to remind the world that Heavy Psychedelic Blues is still very much alive and kicking.

After releasing their second album “The Magnetic Ridge” via Tasmanian based label Psychedelic Salad to critical acclaim, The album came in at number 11 of Doom Charts top 100 albums of 2021.
Reviews of the “The Ridge” can be found below by a few prominent figures in the world-wide music industry.

The group will be performing their stories of dystopian vengeance in the following cities (some for the first time ever) this coming Autumn before headlining the annual WO FEST in Melbourne: Richmond, Ripponlea, Sunbury, Thornbury, Collingwood, Wollongong & Sydney.
You may even hear some unreleased tracks from their upcoming album to be released in 2022.

“The bass is gritty and bottom heavy, filling out the lower frequencies like a boss but cutting through as well to let you hear every note. The layers of guitar provide a ton of texture, from fuzzy chords to more saturated leads, plus weird effects and even some atmospheric wash. The vocals are solid and sit at a perfect spot in the mix, being neither too prominent or lost in the soup.” – Super Corrupter
ALBUM REVIEW: JACK HARLON & THE DEAD CROWS – THE MAGNETIC RIDGE

“Amid all these haunting ghosts and howling winds of guitars, such poise and clarity of vision isn’t to be ignored, but there’s more to The Magnetic Ridge than cinematography. Each song offers its own plot of the wider sphere, from the scene-setting in “The Tale Of” through the “Absolved” duo pushing to where the limits go.” – The Obelisk
https://theobelisk.net/obelisk/tag/jack-harlon-and-the-dead-crows-the-magnetic-ridge/