F#*K THIS, IM GOIN TO THE BENDI – BEAR THE MAMMOTH 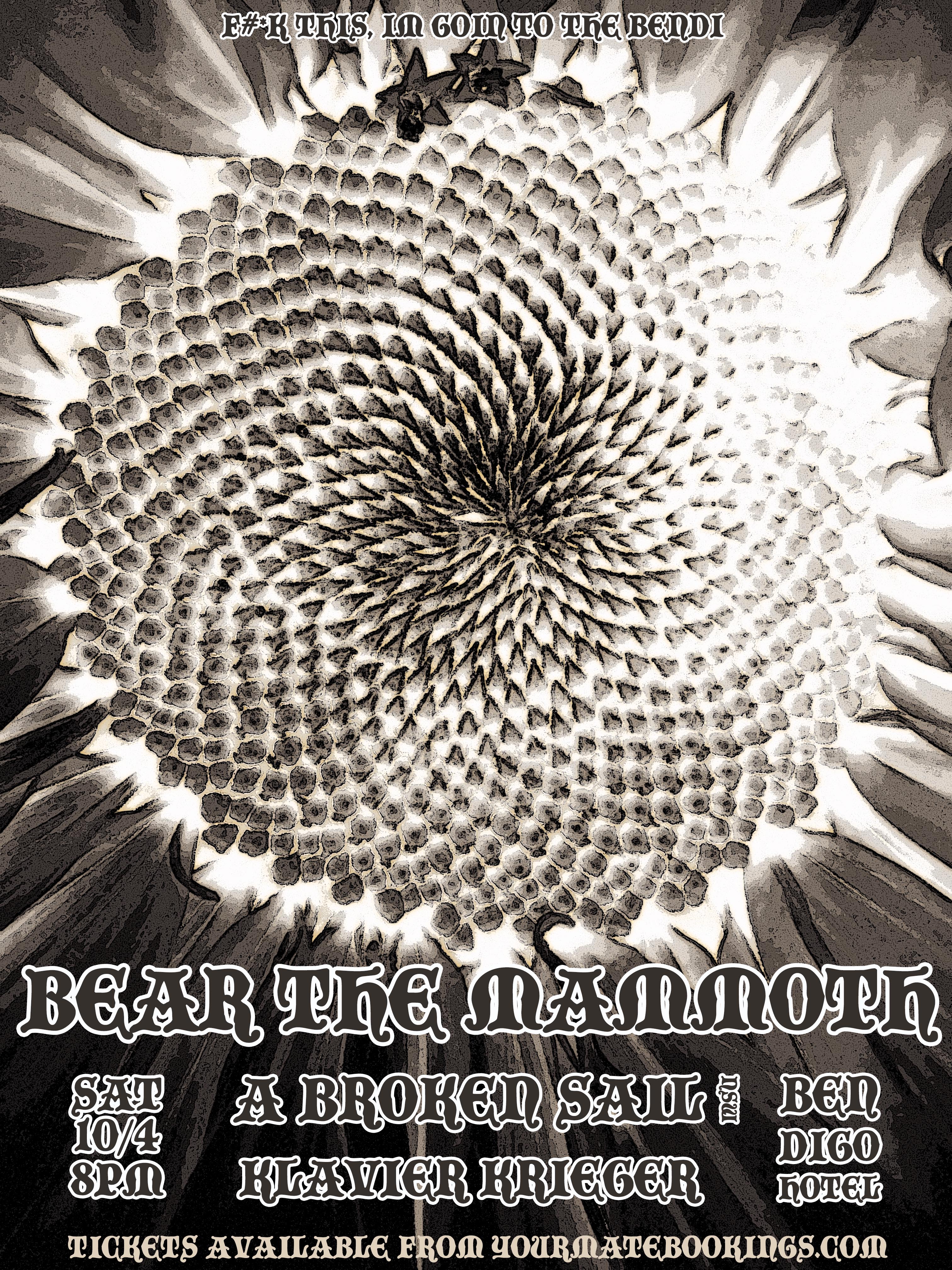 “F#*k this, I’m going to THE BENDI”
As part of the revival of live local music scene in Melbourne, Your Mate Bookings is committed to once again giving you the best entertainment in the world surrounding everything heavy.
We return to our beloved Bendigo Hotel in Collingwood to support the re-emergence of live music for the monthly gathering of “F#*k this, I’m going to THE BENDI”

For the month of April, Melbournes’ Post Rockers “BEAR THE MAMMOTH” make their return to the live scene on SATURDAY 10/4 supported A Broken Sail and KLAVIERKRIEGER.
BEAR THE MAMMOTH boasts a level of polish that easily matches, even surpasses, their post-rock contemporaries in both the national and international scene.
Since their first EP in 2012, the band have supported progressive and metal artists such as Anathema, We Lost The Sea, Jakob, Closure In Moscow and countless others, only proving this point further.

BEAR THE MAMMOTH: Progressive Post-Rock band from Melbourne, Australia.
The band have recently been signed to the label Art as Catharsis, and are currently
touring Australia in support of their sophomore record, ‘Years Under Glass’.
Bear The Mammoth’s dreamy production and drifting progressions have earned
them fair comparisons to the likes of Mogwai, sleepmakeswaves, Explosions in the
Sky, Sigur Rós and Bossk.
Links: http://bearthemammoth.bandcamp.com/
https://www.facebook.com/BearTheMammoth
http://bearthemammoth.com

A BROKEN SAIL: Bleak Cinematic Rock from Sydney have been … since 2017.
After a recent sell out show in Sydney (November 2020), a new label signing (Somewherecold Records) and a rescheduled tour with Papa M (David Pajo), the guys had to make it down to Melbourne for a night.
Links: https://abrokensail.bandcamp.com/
https://www.facebook.com/abrokensail