F#*K THIS, I’M GOIN TO THE BENDI – MONOLIYTH, REQUIEM, VEXATION & READY FOR BATTLE 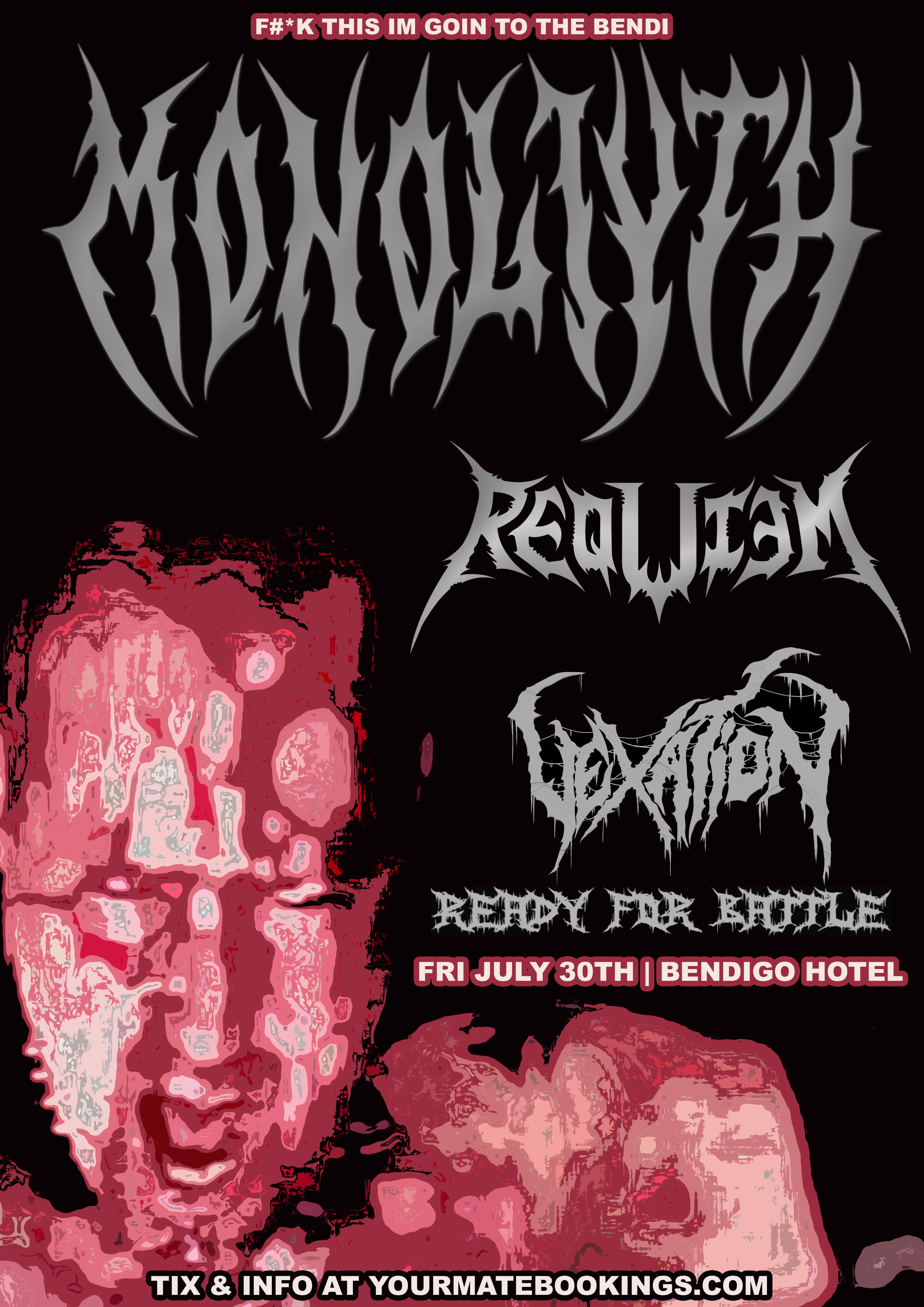 “F#*k this, I’m going to THE BENDI”
As part of the revival of live local music scene in Melbourne, Your Mate Bookings is committed to once again giving you the best entertainment in the world surrounding everything heavy.

We return to our local watering hole Bendigo Hotel in Collingwood to support the re-emergence of live music for the monthly gathering of “F#*k this, I’m going to THE BENDI”

For the month of July, on Friday the 30th it’s all about EXTREME METAL!
We have a line-up of extreme aggression ranging from Blackened Death to Technical Thrash
with a line up consisting of Monoliyth, Requiem, Vexation and Ready for Battle (First show ever); Bendigo Hotel is in for a night of an extreme metal destruction, with a chaotic display of headbanging from all angles as we punish the floor with blood and spilt debauchery.

MONOLIYTH
Aussie Death Metal
Formed in 1998 in Melbourne Australia, Monoliyth was founded by guitarist Mick Barr. The intensity and passion for extreme music has remained consistent throughout their catalog and aggressive live shows. Monoliyth has evolved from classic thrash, to a laser focused old-school death metal vision, while hinting on a subtle tech-death injection as part of the compositions, a trend that will continue to expand into the band’s future releases.
He Who Kills, set for release in 2021, is an album based on that classic death metal topical staple: serial killers. Looking through the eyes of humanity’s darker side, Monoliyth’s grim insight on thedepraved, digging into the putrid truth as opposed to singling out a specific event, scenario or historical murderer. This glimpse into dystopia.
https://www.facebook.com/Monoliyth