A Broken Sail at The Vanguard with Hashshashin, Greyhound and Lojetz 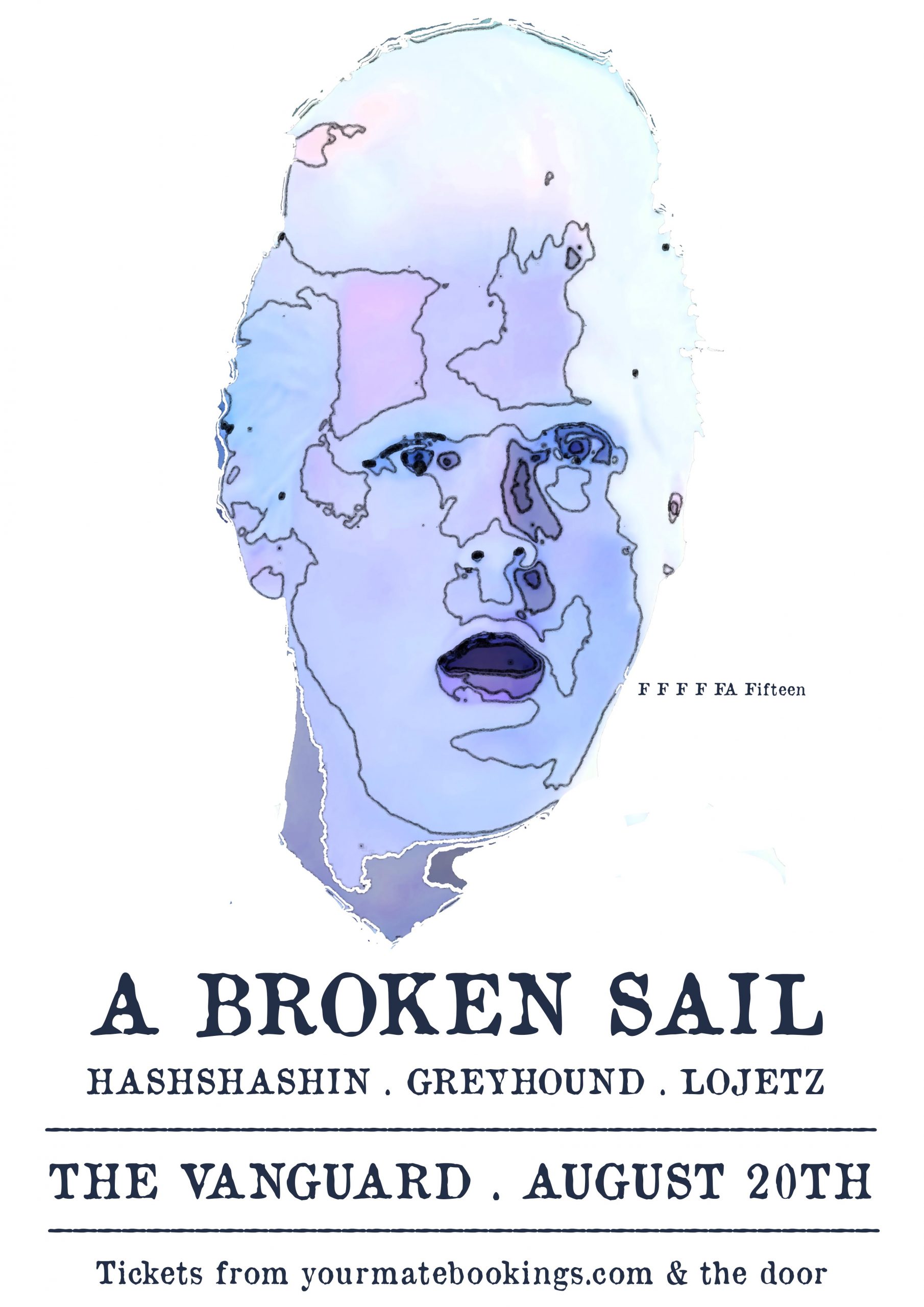 A Broken Sail return to stage for the first time in 15 months celebrating a new line up at The Vanguard in Newtown supported by Hashshashin, Greyhound and Lojetz on Saturday August 20th.

After selling out their last show at Marys Underground in Circular Quay, Sydney’s’ Bleak Rock purveyors of that long lost Louiseville sound are ready to give you another live performance of loud sonic proportions.

Catch A Broken Sail once more before they hit the road with June Of 44 in 2023.

Greyhound – Greyhound owe everything to Australia. The land, the history, the spirits. On the surface you might think they stem from a tradition of post rock artists like Godspeed! You Black Emperor or Mogwai. Their mostly instrumental music shimmering until it explodes into apocalyptic heaviness, the sky breaking open above them – letting a little bit of light in.

Lojetz – Three piece that sound like a six piece. Approaching their craft with high regard for sinic nihilism, the consequence is a loud and loose rendering of post-everything and pre-nothing alternative rock, all wrapped in a psilocybin tinged haze of glorious noise.